Life is sacred…where are your anchor points? 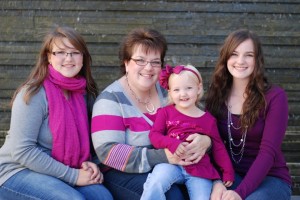 Yes, there will be storms in our lives. Some are small, some are so strong they are epic and life changing. I just finished a book that is a re-release by author John Maxwell, Six Hours One Friday: Living in the Power of the Cross

. I liked how he used the following excerpt at the end of a personal story about the time he and a friend bought a boat on a whim and shortly after had to protect that boat from an oncoming hurricane…with no experience, guidance or a plan. It was the sage advice from a seasoned sailor that gave them crucial instructions about the important use of anchor points…deep anchor points. He associated the importance of having such anchor points in our own lives:

Those six hours were no normal six hours. They were the most critical hours in history. For during those six hours on that Friday, God embedded in the earth three anchor points sturdy enough to withstand any hurricane.

Anchor point #1 – My life is not futile. This rock secures the hull of your heart. Its sole function is to give you something which you can grip when facing the surging tides of futility and relativism. It’s a firm grasp on the conviction that there is truth. Someone is in control and you have a purpose.

Anchor point #2 – My failures are not fatal. It’s not that he loves what you did, but he loves who you are. You are his. The one who has the right to condemn you provided the way to acquit you. You make mistakes. God doesn’t. And he made you.

Anchor point #3 – My death is not final. There is one more stone to which you should tie. It’s large. It’s round. And it’s heavy. It blocked the door of a grave. It wasn’t big enough, though. The tomb that it sealed was the tomb of a transient. He only went in to prove he could come out. And on the way out he took the stone with him and turned it into an anchor point. He dropped it deep into the uncharted waters of death. Tie to his rock and the typhoon of the tomb becomes a spring breeze on Easter Sunday.

Take the sailor’s advice, “Anchor deep, say a prayer, and hold on.”

And don’t be surprised if someone walks across the water to give you a hand. 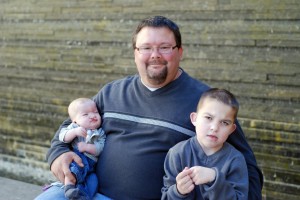 It has been a somber few months in the CHARGE Syndrome community. There have been several CHARGE’rs who have “received their wings” and have completed the task that had been placed before them here in this place. The CHARGE community is a tight one. We lean on each other when we need advice, rejoice with one another when small and large steps are made and we also grieve with each other when it is tough to understand why we were only allowed a short time with these little angels who enter our lives like a raging hurricane, but tend to calm our lives and show us what is really important…that life is precious, no matter how short or long life will be.

13 You made all the delicate, inner parts of my body
and knit me together in my mother’s womb.
14 Thank you for making me so wonderfully complex!
Your workmanship is marvelous—how well I know it.
15 You watched me as I was being formed in utter seclusion,
as I was woven together in the dark of the womb.
16 You saw me before I was born.
Every day of my life was recorded in your book.
Every moment was laid out
before a single day had passed. Psalm 139:13-16 New Living Translation

A few weeks ago many churches around our nation recognized and reflected on the sanctity of life. Although a fair share of the attention is focused on the abortion debate side of the equation, there is another side that does not get as much attention…euthenasia of the elderly and those who may be deemed to have disabilities and other special needs. As a family we can speak directly to the disability and special needs side. I came across a popular “think tank” forum and a discussion that was being debated after this question was posted: Should special needs children be euthanized? I was speechless and had tears in my eyes as I read through several responses to this question and have included some excerpts. Many were so disturbing I couldn’t bear to include them. Warning, you may want to tighten your anchor ropes and batten down the hatches…

Should special needs children be euthanized?

The initial opening comment: …I am talking about the extreme cases of the kids…like they are so autistic they scream 20 hours a day…when I see some single mothers faces with these children it looks like they would rather have them put down than to live with the shame and burden of caring for them every day. All their lives the “special” kid will never contribute to society…they will never find a 9-5 job since they would rather play with the buttons on a cash register than help a fellow human being with their order…the euthanization would be liken to a very late-term abortion…if families in society are ok with abortions then they would be ok with euthanizing their handicapped child…

…People dont breed animals that have bad genes, they let them die out. Can’t we do the same for humans?…

…I don’t understand why you people expect everyone else to help and support your own failing.  If you can’t afford to raise one, then abort them or implement a mercy kill option…

…It’s different these days though. I sure as hell wouldn’t want someone to depend on me their entire life. That is a burden from hell. If I knew something was wrong with my kid before it was born I would get an abortion…

I have to stop there. Again, I am stunned. I do have to include that there were many who chimed in and offered an anchor line…something to hold on to…but the waves got bigger and the tempest grew as the truth of God’s word was introduced. It was spit upon with such vile I cannot repeat it. These are the people I can imagine who sit in a safe harbor their entire lives, ignoring the watch, then warning of a coming storm, then wonder why their boat is being tossed back-and-forth and being slammed into the rocks until it sinks…Then blame God for the storm and the damage it has caused.

I shared what I have shared not to debate or politicize. I shared only to say that life is sacred. A gift that we are given for an amount of time that God chooses, not us. Most, if not all of the responses I read, whether abortion or euthanasia were focused only on themselves. They were filled with words like inconvenience, suffering, burden…not for the “subject” but for the caregiver.

We gladly accept the inconvenience, the suffering and the burden. Phillip Yancey, in his book Where Is God When It Hurts?

, wrote “happiness will come upon me unexpectedly as a by-product, a surprising bonus for something I have invested myself in. And, most likely, that investment will include pain. It is hard to imagine pleasure without it”.

I too liken our journey as an investement…an investment requires that one give and contribute with the faith and expectation that there will be rewards later. We can assure you that the rewards of investment in one of these gifts of “burden” begin immediately with no limit on the amount of withdrawals.

The outcome to any event, or storm, no matter how small or large is determined by your response. Your response has everything to do with where your anchor points are tied, the strength of the rope and how tight you are willing to hang on.

If you like Lessons from Matthew & Isaac I would appreciate your nomination in the About.com 2013 Reader’s Choice Awards in the category of Best Special Needs Parenting Blog. Your nomination of this blog would continue to grow awareness of CHARGE Syndrome and share our family faith story of raising 5 kids, two with special needs. You may nominate by clicking on the link below. The only required line is Lessons from Matthew & Isaac…but very helpful to add the web address: lessonsfrommatthew.com – I will have more information on voting later…first we have to be nominated! You will have to log-in to nominate. Email log-in is the most efficient and easiest. Then “write in” (type in) your nomination both with the name, then the address. 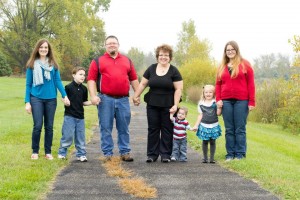 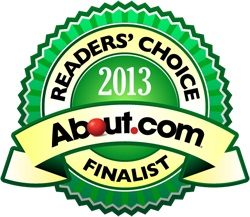