(Whistle blown) Flagrant use of the “R” word…

I work hard at being a person who is slow to anger and tolerant of those around me who may be having a not so pleasant day. I am usually not one to rant about something…but, this past week something happened that I thought I could not ignore. I thought I would share my experience with this audience as a “public service” announcement in sensitivity training. 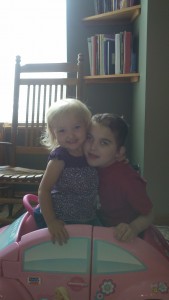 As I was running errands with my nearly 3-year-old daughter we were somewhere between the Goodwill store and the grocery store where I was stopped at a stop light. I was deep in thought about the day, more specifically about how our newborn was doing in the NICU and the rays of hope we were seeing and hearing about the prospect of Isaac coming home after his 8 week stay. These thoughts were intermingled with the contentment that comes when we go through trials. Yes, I said it, contentment. Contentment in knowing that it is the trials and the rough times in our lives that bring the little things in life to the forefront. Like the blessings and new life that can only come when a forest is overrun by fire, it is good and healthy to go through tough times. You may be thinking that this is a lot to be running through your head during 30 second red light. Apparently it was for me too as I apparently had a lapse in the time the green light came on and the time my right foot hit the accelerator. I figured it was about a one second delay, maybe two. I was startled by the horn blowing behind me.

It is amazing to me how a little sheet metal and glass can completely transform someone into another person. Those two man-made materials can become a shield to hide behind and make people exhibit behaviors that they maybe would not use if say, they were behind a counter or a shopping cart or face-to-face. The use of the horn was enough to jog me back into reality. One beep would have been fine…a gentle reminder of where I was. The person behind me continued to lay on the horn…even while passing me at a high rate of speed. The impressive thing was the technique of laying on the horn, maintaining control of the vehicle and still able to display a certain finger in my direction at the same time. Even more to add to the resume was the phrase, or more specifically the question yelled at me from across the divided white line…”Are you *&^%()* Retarded?” Really? did she just say that? Haven’t we come further than that in this day and age? I can handle a little name calling…but that is a little out of bounds. I am glad our “retarded” one was not with us at the time…we would prefer the term “special needs” or “differently abled” or just Matthew, child of God would be best.

Sarah Anne, who was sitting right behind me in her car seat, was able to make out the animated actions of the driver next to me and see the hand gesture. Thankfully she was protected enough by the glass to hear the “color” in her language. Not so much for the ones in her car. I am not so sure the SUV next to me with the 2 car seats, full, and the rest of the seats in the back, full, were protected from the teaching moment from the front seat as they headed for a fun day at the beach…speculation, based primarily on the beach ball and swim toys placed behind the rear window. 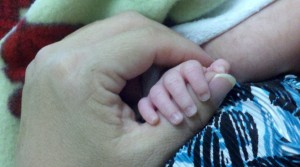 Families who deal with special needs are an iron tough bunch. We have shields around us and an armor that fends off multiple doctors appointments, explanations (again) of our child to another specialist, fending off the questions of “why don’t you just talk to him or discipline him”, living in a constant state of alert for breathing sounds, excess secretions, etc., IEP’s (those of you who know…can I get an Amen?), paper work – constant paper work…I could write pages about our bizarre lives. All of these things, all of these situations of “being slow”, “stupid”, “retarded” or, a little more mild, “special needs”…we didn’t ask for this, it was not a choice we raised our hand for. We graciously have accepted it, with many fears, tears and then courage. There are even saints out there who do make the choice and do it because they have an abundance overflowing in them that calls them to embrace the less fortunate…only to reap more in their own heart than they give.

The point I want to make in this rant is that to be ignorant is a choice. To ignore that using certain words or descriptions, phrases or even “retarded” sounds is highly offensive. Unfortunately, we have seen and heard first-hand children following us in a crowd making “retarded” comments and noises as we have pushed Matthew along…I really don’t fault the kids for being ignorant…makes one wonder where they learned such behavior…maybe it was from the back seat on the way to the beach one day.

There is a quote that has been credited to many people over the years in slightly different variations. The origin is believed to have come from Proverbs 17:28…firtst the quote, then the Proverbs reference:

“It is better to keep your mouth closed and let people think you are a fool than to open it and remove all doubt.” George Elliot, Abraham Lincoln and Mark Twain (to name a few)

“Even fools are thought wise if they keep silent,
and discerning if they hold their tongues.”  Proverbs 17:28 (NIV)

Back to the contentment I was talking about earlier…I rant about this incident and the many others because they constantly remind me that life can be short…too short for some as we witness in our special needs world around us. Life is precious and for those who struggle with a learning or a physical disability and for those of us who are there to pick them up when they fall or to help them get one word out when they have thousands they want to say…we celebrate the small things in life. Little victories are chances for us to celebrate…we hug, make a big deal about simple things like flushing the toilet, taking a few steps without help.

My parting thought for the gal who I met on the road the other day. I really do hope and pray that the only inconvenience in your life was the two seconds I stole from your life and beach time…I am learning to cherish every second of mine and with my family.

You may share these prayer needs and this blog as you feel led by using the share buttons below. If you want updates you can subscribe to the blog by becoming part of Matthew’s and Isaac’s prayer team. Don’t worry about providing your email address…I had enough SPAM growing up…l would never send any unnecessary SPAM your way!