A matter of heart…

In the past few months we have looked at the four major “C’s” of CHARGE Syndrome. This week I am skipping to the “H” in CHARGE and talk about the Heart anomalies that are present in 60-80% of those who have CHARGE Syndrome and how they specifically effect Matthew. 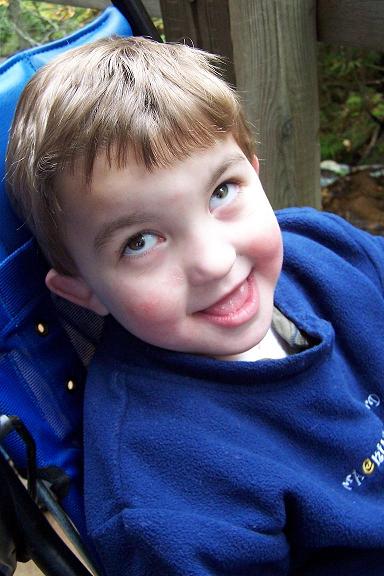 Those of you who are close to Matthew notice right away that he is not as large as most kids his age. At age 9 he is still only about 40 pounds and only about 40″ in height. There are mainly three reasons for this…Feeding, growth hormone and heart issues.

At three months of age Matthew had surgery on one of two issues that his heart struggles with. He had surgery to repair PDA (Patent Ductus Arteriosus for those keeping score), which is a vessel that connects the two major arteries while in the womb. Within minutes to days after birth this vessel closes on its own and stops oxygen rich blood from entering the heart. For some, this vessel remains open (or patent) and causes strain on the heart in the form of high blood pressure in the lung arteries. This was the case for Matthew and was successful repaired.

The second issue is one that Matthew continues to deal with…a leaking mitral valve. As a carpenter and maintenance man I have put this in my terminology as an explanation. Think of the heart as your house. In your house there are two upper rooms, the Right Atrium and the Left Atrium. These rooms are divided by a wall called the Atrium Septum. There are also two rooms in the downstairs, the Right Ventricle and the Left Ventricle. These two rooms are divided by a wall called the Ventricular Septum. Now, between the upstairs and downstairs right and left there are stairways. In these stairways there are swinging doors, on the right this swinging door is called the Tricuspid Valve and on the left it is called the Mitral Valve. For Matthew, this swinging door is the one that is in need of some work.

Since birth we have been prepared for a replacement of this “door”. If one has ever been through a remodel, replacing a door and the frame is not a small task, especially fitting a new door in an older opening…A repair of a door is much less intrusive and disruptive. We are thrilled and thankful that as Matthew has grown the specialists on Matthew’s team have determined that there is enough of the door to make a repair. It may not be perfect, but much more functional than what is there now.

I have fast forwarded to the Heart part of CHARGE as this week we have accepted a surgery date for April 1 to have this repair on Matthew’s Mitral Valve (his swinging door) done. It is not without fear and second guessing. Any surgery, no matter how minor or major is without risk. As we have begun sharing this milestone date with friends and family, we are comforted with the reality that we will have an army of prayer warriors helping make this surgery a success. Immediately upon sharing this news with my co-workers I was sent this passage in return:

Please pray for the Troupe’s as we go through this journey over the next few months of prep, the surgery, an extended stay in the hospital and the recovery. This journey will be painful physically for Matthew, emotionally and spiritually for the rest of us.